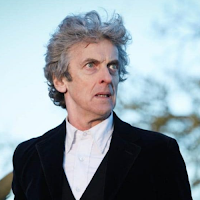 Though his time on the show is coming to an end, Peter Capaldi’s unfailing kindness is still impressing fans.

After what must have been an emotional day filming some finishing touches for the upcoming Christmas Special at the studios in Cardiff, Capaldi – joined by Steven Moffat, Mark Gatiss, Nicholas Briggs and Brian Minchin – met a number of fans outside, even bringing them cakes!

One fan wrote on social media that it was Capaldi’s idea and he organised everyone to come out.

BEST. COINCIDENCE. EVER. #PeterCapaldi is a true gift from god 💖
He organised everyone to come out and see us and bought us cakes 💙 pic.twitter.com/skoilCn94E

It was his idea to come out and see us, and together with Moff, Gatiss, Briggs and Minchin, we gave him a farewell to remember. pic.twitter.com/Wfyvi3U0xr

Peter Capaldi just came out with all the crew and camera men, I even hugged him 😭💖💖 my favourite! pic.twitter.com/Uf8bmWX7oS

It is this kind of thoughtful kindness that we will miss from Capaldi after he bows out at Christmas, but I’m sure he’ll still be around pleasing fans for years after his Doctor has left the screen.