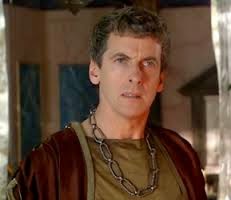 Peter Capaldi’s great affinity with Doctor Who has been mysteriously apparent in the show, even before he took on the main role of the Twelfth Doctor.

We’ve seen Capaldi blend in with the Doctor Who universe twice before – once in 2008 as Roman Merchant Lucius Caecilius Iucundus, in the 10th Doctor episode The Fires Of Pompeii, and secondly in a 2009 edition of Torchwood, Children Of Earth, in which he played Government Secretary John Frobisher.

Doctor Who fans have often mused whether there will be any connection acknowledged now in the Twelfth Doctor’s storyline. The wish to know may soon reach a pleasing conclusion. Show-runner Steven Moffat has been speaking very frankly about how the unanswered questions are going to be explored in Series 9. In the most recent Doctor Who Magazine a fan asked Moffat whether the multiple Capaldi appearances would finally be explained, to which he replied:

Yes, we’re coming back to that idea. In fact we’ll be shooting the scene in question really quite shortly… 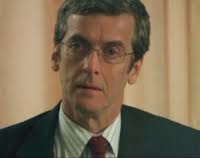 This of course begs the question as to just how the puzzle will unravel! Last year Steven Moffat spoke on the same subject and implied former Doctor Who writer Russell T Davies held clues to the mystery. In a 2014 interview with Nerd3, Moffat said:

We are aware that Peter Capaldi’s played a part in Doctor Who before and we’re not going to ignore the fact, I’ll let you in on this. I remember Russell told me he had a big old plan as to why there were two Peter Capaldis in the Who universe, one in Pompeii and one in Torchwood. When I cast Peter, [Russell] got in touch to say how pleased he was, I said ‘Okay, what was your theory and does it still work?’ and he said ‘Yes it does, here it is’. So I don’t know if we’ll get to it… we’ll play that one out over time. It’s actually quite neat. 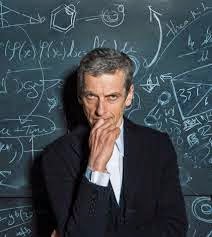 Furthermore, if we remember back to Series 8 opener, Deep Breath, we saw a scene of the Doctor speaking to himself in the mirror, saying:

Why this one? Why did I choose this face? It’s like I’m trying to tell myself something

More comments by Moffat in 2014 extended upon this theme and he referenced a Second Doctor episode, The War Games

The big fun question is, we know that the Doctor when he regenerates, the faces, it’s not set from birth, it’s not that he was always going to be one day Peter Capaldi. We know that’s the case because in The War Games he has a choice of face and all that. We know it’s not set so where does he get those faces from? They can’t just be randomly generated because they’ve got lines and they’ve aged… so where did that face come from?

The answers surrounding Capaldi’s multiple faces linked to Doctor Who are just one of the hot topics eagerly anticipated in Series 9!