Skip to content
It’s become traditional since 2005 for a batch of original novels to be released with a new series of Doctor Who, chronicling an untold adventure of the Doctor and companion who are starring in the current season.

Fittingly for a series penned by a novelist, listings on Amazon have confirmed that there will be three new tie-in novels released for the spin-off series Class, written by a variety of authors. Though synopses have not been released, two of the novels have been listed on Amazon with the first look at the cover art, which contains what looks like the official logo for the spin-off. You can have a look at the covers for Joyride and What She Does Next Will Astonish You below: 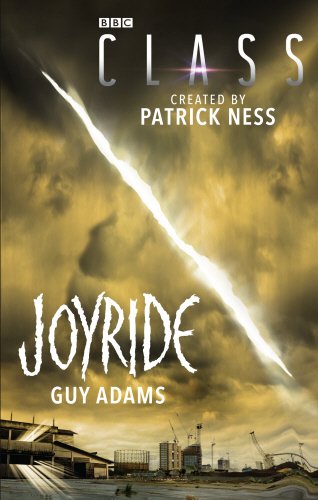 Both novels, alongside an untitled third one, will be released on 27th October, and can be pre-ordered from Amazon UK now. Perhaps notably, the Doctor Who novels are released very close to the beginning of the series, so it’s very likely that Class will premiere a week or two either side of that date.
[Source: The Doctor Who Site]