I won’t spoil exactly which monster for those who don’t want it, so highlight the blank space after the pictorial interlude below. Anyway, British newspaper The Daily Star are reporting this information as fact, although the ‘source’ is neither identified and the article contains no official confirmation from the BBC or any of the Who crew, so take it with a pinch of salt for now. 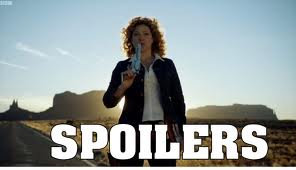 So, apparently we’re getting a return of the Ice Warriors after a 40 year absence for the creatures. Yeah. That’d be cool. Oh, and apparently the episode will be penned by Mark Gatiss, who’s both written and acted for Doctor Who and Sherlock. And the episode in question will be part of the 50th Anniversary celebrations. And it’ll star the new companion, played by Jenna-Lousie Coleman.