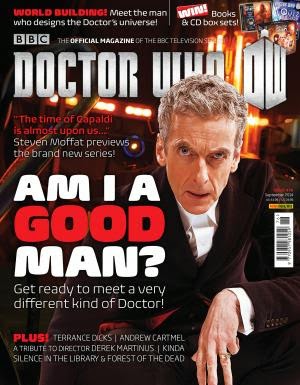 The latest issue of Doctor Who Magazine is out today. In the magazine, Executive Producer and Lead Writer talks exclusively about the series 8:

Oh, it’s a proper blockbuster this episode, so many explosions that Peter Capaldi came in on his day off to watch the Daleks blowing up! I like a Doctor who revels in the destruction of evil in his downtime…

Other features from the issue include:

Posted in News and tagged Doctor Who Magazine, DWM