Following the success of the 11th Doctor Sonic remote, The Wand Company have created another gem. The Tenth Doctor Sonic Screwdriver Universal Remote Control is a 1:1 scale replica of the sonic used by David Tennant’s 10th Doctor.

The remote has a number of impressive features, including an audio guide for setup, FX sounds from the show and an illuminating tip. The sonic works using advanced gesture recognition technology, which stores up to 39 gestures. The remote comes with a die cast metal stand for when you want to simply show off the remote and bask in it’s brilliance.

The Tenth Doctor Sonic Screwdriver Universal Remote Control will be available from 1st October 2013 and is available to pre-order from Forbidden Planet for only £69.99! 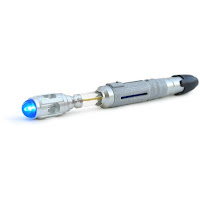 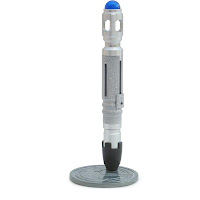 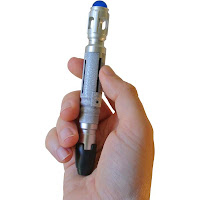 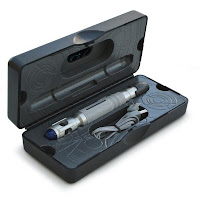