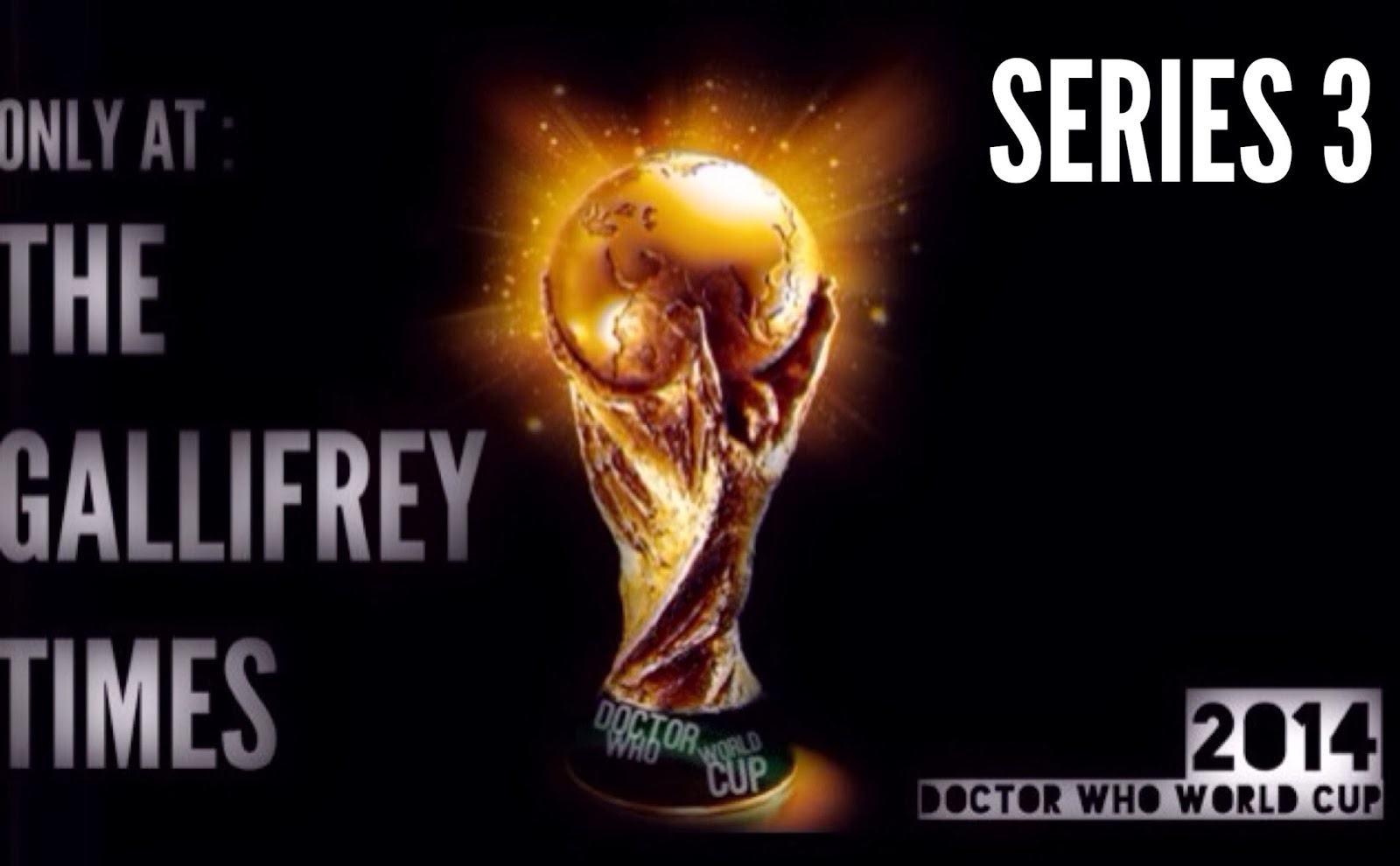 Welcome back to the Doctor Who 2014 World Cup! We’re back! Last week’s poll once again received a great response, so thank you for the votes! (you can see the eight stories that have currently qualified for the group stages on our World Cup Page – which now has the results for Week/Series 1 and Week/Series 2)

New to our World Cup? Well, here’s a quick recap on how it works. There are eight qualifying rounds – one for each series plus the Specials, from which 32 teams progress. The group stages follow, from which the top two from each of the eight groups progress into the classic tournament-style knockout rounds. The qualifiers continue today with David Tennant’s second Series as the popular Tenth Doctor, Series 3.

Series 3 brought us Martha Jones – the companion who walked the Earth, as well as the return of the classic villain The Master who took a new form as Harold Saxon, and Captain Jack also returned with his usual wit. But what was your favourite episode? You can vote below for your two favourite stories of Series 3!

The poll will be open until Friday 21st February – so please get your votes in before then! We’ll have the results up as soon as the poll closes on our World Cup Page – and come back next Saturday for the Series 4 qualifying round, where Donna Noble became the new companion as well as the introduction of our favourite mystery archaeologist, River Song.