Over the last three and a half months, you’ve been voting weekly for your favourite Doctor Who post-2005 episodes in our World Cup – from the qualifiers to the final, the initial 86 stories was whittled down to just two stories. And now voting has closed for the final, we can reveal your Doctor Who 2014 World Cup winner!
But before we get to the results of the final, the week before saw the third place playoff, with the semi-final losers competing for the bronze medal. Here’s the results, from fourth to first place:
FOURTH PLACE: VINCENT AND THE DOCTOR

Vincent and the Doctor, Richard Curtis’ only episode, and the highest-placed non-Moffat-penned episode in the Cup, won its Series 5 qualifier and made it through to the semis, where it lost in a close competition with Blink. In the third place playoff, Vincent and the Doctor garnered plenty of votes, but didn’t do quite enough with a 47.5% slice of the votes. Just ahead, and claiming third place:
THIRD PLACE: THE EMPTY CHILD/THE DOCTOR DANCES

The Empty Child/The Doctor Dances, Steven Moffat’s first two Doctor Who episodes, had a tough road to the semi-finals, facing off and narrowly defeating fan favourite The Doctor’s Wife. Unfortunately, the two-parter (the highest placed two-parter in the Cup) was easily defeated by The Day of the Doctor in the semis, but bounced back to claim third place, with a 52.5% majority over Vincent and the Doctor. However, it was some way behind our runner-up:
RUNNER-UP: BLINK 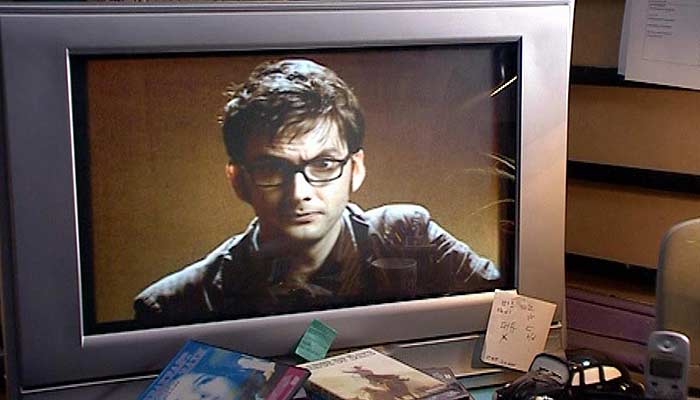 Blink, the winner of dozens of favourite episode contests and in many ways the favourite to win before the World Cup began, , came up against difficult opposition on its road to the final, but saw each opponent off – until the final, where it faced a shock defeat with a voting slice of just 28.64%, leaving it to claim the runner-up spot. Blink is an extremely popular episode, but it came unstuck against our winner, a very new contender:
WORLD CUP WINNER: THE DAY OF THE DOCTOR And after three and a half months of voting and several rounds, we finally have our Doctor Who 2014 World Cup champion: the 50th anniversary special, The Day of the Doctor!
The Day of the Doctor, which premiered last November to critical acclaim and fan praise, was the competition’s undisputed champion, having swept through each round winning the largest percentage of votes in every single round – and when it came to the final against fan favourite Blink, it was a crushing victory for the golden anniversary tale with 71.36% of the votes – The Gallifrey Times’ readers favourite story!
Thank you to everyone who voted in the World Cup – we received a total of over 10,000 votes in the overall competition, and we wouldn’t have made it to the final and crowned our champion without your support. The World Cup has been an extremely ambitious project, and we’d like to thank everyone for allowing it to happen.
While the World Cup is over, we’re excited to announce that our live discussion of Doctor Who episodes, the Watch ThrWHO, will be returning for a second season in June, starting with The Bells of Saint John!