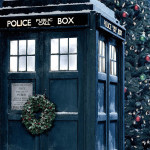 Welcome back to the 2016 Christmas Cup! Last week’s quarter-finals were split between two deeply polarised races and two clear contests, with one match-up between The Husbands of River Song and The Christmas Invasion initially going down to a tie. With the number of Specials now whittled down to four, it’s time for the semi-finals.

The most voted for story in each semi-final will progress to the final, where the two most popular stories will battle it out for the Christmas Cup 2016 title. The match-ups we have here include the first and last episodes of both the Tenth and Eleventh Doctors.

You can choose your one favourite story from each semi-final in the polls below:

Voting closes on Friday 16th December, so make sure to get your votes in before then! Next Sunday, the finalists will go head to head in the Christmas Cup final.