Skip to content
WARNING: THIS ARTICLE CONTAINS SPOILERS ON THE PRODUCTION OF THE 50TH ANNIVERSARY SPECIAL EPISODE.

Matt Smith, Jenna-Louise Coleman and Jemma Redgrave were sighted yesterday at the National Museum Cardiff along with UNIT troops.

According to previous information, the museum will be standing in for London’s National Gallery, where part of the story is said to take place. Matt Smith teased in a previous interview “You might see London. The thing is with Who, you will understand it more when you have seen it, but ‘paintings’ – that is all I am saying.” so this further confirms Smith’s teaser.

Although most of the filming took place indoors, there were a few photos taken of the cast as they left. 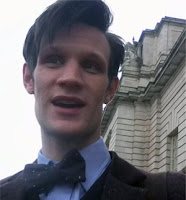 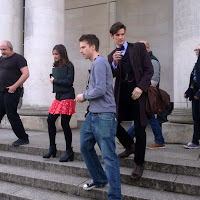 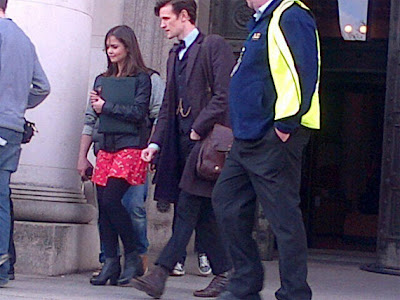