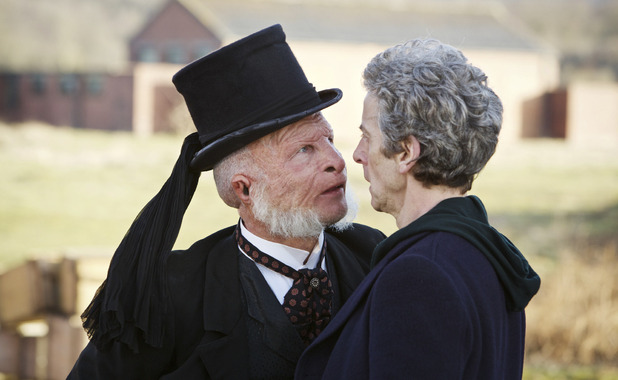 Doctor Who: Series 9, Episode 4
Before the Flood


Broadcast Date: Saturday 10th October at 8.25pm on BBC One

The Gallifrey Times have seen Before the Flood and have put our spoiler free preview together.

Under the Lake was a creepy, atmospheric start to the second two-parter of the series, but it notably held off breaking much new ground, sticking to a tried and tested formula that worked, but didn’t yield spectacular results. Yet, with the Doctor and co travelling back in time at the end of the episode, along with the Doctor’s ghost appearing, it certainly appeared that part two was going to be an ambitious one…
Ambitious. That’s probably the best way to describe Before the Flood. Not ambitious in scope, mind (the action is confined to the town before the flood and the Drum), but ambitious narratively. This is an episode that really does aspire to stand on its own as an entirely different episode to part one despite the narrative connection, and it’s hard not to admire Before the Flood for the way it picks up a whole new storytelling toolbox and tells its tale in a hugely different way to Under the Lake.

Does this increased level of ambition pay off? A lot of the time, it does. Whithouse uses the conceit of telling a story in reverse order excellently, and there’s a real novelty to the way the origins of the ghosts are shown after we’ve already seen them – the reverse storytelling idea is one that I’m surprised hasn’t been attempted more often, as it’s a really original, innovative idea that justifies the narrative simplicity of this two-parter. It also provides a few very neat moments of surrealism, as the Doctor and co meet a certain figure who’s already been seen as a ghost alive… 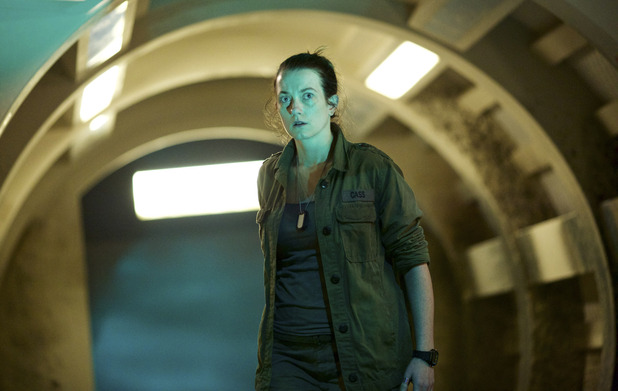 Before the Flood, in many places, builds on the strengths of Under the Lake without overusing them. There’s still a few great, superbly tense sequences of ghost-related horror (one involving Cass is a genuine nail-biter), but, wisely, Before the Flood dials the ghost horror back a little in order to keep the concept from getting too stale. The ghosts were some of the strongest parts of the first episode, but it’s good to see Whithouse not resting on his laurels and merely repeating what worked in Under the Lake.

So, with all that said, it’s worth noting that Before the Flood is a strange, deeply confounding episode. There’s really great concepts introduced that don’t really reach their full potential, leaving the end of the episode with a lack of fulfilment mixed in with satisfaction. Chief among those promising concepts is the Fisher King, a genuinely fearsome-looking villain with a fantastically menacing vocal performance from Peter Serafinowicz. The Fisher King, despite the strong design and acting, is far too simplistic and underused a villain to act as the chief orchestrator of events. The plotting behind the Fisher King and his plan is far too hazy and fudged with only vague, generic hints as to what his intentions really are, and as such the Fisher King fizzles rather than sparks as a bad guy. 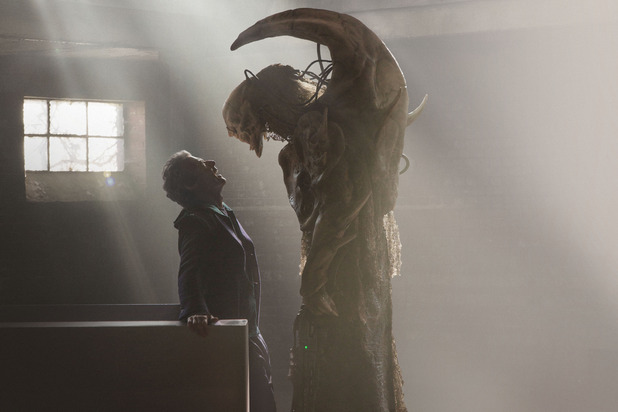 The most confounding part of the episode is almost certainly the conclusion, which is where the aforementioned storytelling boldness and gumption comes in. The story wraps up in a way that feels entirely unexpected, but it teeters perilously between being a hugely clever and thoroughly unpredictable resolution and being overly tricksy and a little nonsensical (it does say a great deal that the conclusion requires a bunch of exposition after the fact). For this reviewer, it just about landed on the side of ‘clever’, but there’s a sense here that a smaller-scale and more straightforward conclusion would have removed the element of niggling uncertainty that this viewer, and perhaps some others, was left with.

The real issue here is that the episode’s structure is frankly bizarre, gleefully throwing in and then subsequently discarding ideas that could be major parts of another episode, giving this episode a disjointed feel. Especially stacked up to the traditional first part, there’s a sense that the writers cobbled together a handful of pitches for individual episodes for this one – and while none of these ideas are bad, it would have been nice to have a little more of a coherent through-line than the jumbled hodge-podge of concepts we have here. The episode’s momentum also fails to build in the same way Under the Lake‘s did – the episode dovetails into what would appear to be the third act much earlier than expected, but then spends a great deal of time dragging its feet, sucking much of the tension out of what should have been a thrilling ticking clock of a climax.

Truth be told, simple labels like ‘good’ or ‘bad’ feel simplistic here. Before the Flood is simply one of those rare TV episodes that’s never consistently good or bad, alternating furiously to create a quality curve that’s more of an incoherent squiggle. Admittedly, when everything is averaged out, Before the Flood is decidedly not a poor episode – but nor is it a classic, and it’s certainly a tad weaker than part one. With moments of absolute genius packed in with some inexplicable storytelling choices, Before the Flood truly is a rollercoaster ride in every sense of the word. This one might split people, that’s for sure.

Posted in News and tagged Before the Flood, Preview, Spoiler Free