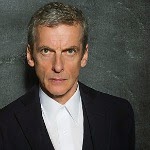 Peter Capaldi has said that his Doctor will continue to grow in Series 9.

Capaldi says that to consider his Doctor has ‘arrived’ would be wrong and something lazy and foolish to do.

I think you have to keep moving him on because in a way if he’s regenerated he’s still learning about himself, such as how he responds to the universe and the world, so I think he probably will be different again when he comes back for the next series.

Capaldi also said that a good contrast with his predecessor, Matt Smith, was important and he think his age helped with the departure from the previous betrayal.

He concluded by saying there are still many mysteries surrounding his Doctor and many traits we’re yet to discover.