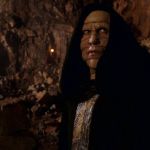 The Gallifrey Times have seen The Magician’s Apprentice and have put our spoiler free preview together.

Considering the level of scrutiny Doctor Who‘s production is under nowadays, it’s almost a surprise that the ninth series since the revival has been shrouded in a thick cloud of secrecy, even during promotion. The two-part opener, in particular, has been something of an enigma, with promises of Daleks, the return of Missy and the search for the Doctor made in promotion with no indication of how those disparate elements tied together. It’s certainly true that The Magician’s Apprentice has a lot on its plate, with the aforementioned plot elements being only pieces in an enormous jigsaw. Think the recent trailer showed what this episode is about? It only scratched the surface.

The Magician’s Apprentice is simultaneously Doctor Who at its most complicated, and its most simple. It has an unprecedented scope, zipping from location to location rapidly, and incorporates several enormous plot swerves that serve to completely upend the audience’s expectations of what will happen next – but there’s a simplicity to the episode that’s quite impressive. The unashamedly nuts cocktail of assorted characters and locations boils down to a very simple, easy to grasp story at the core of The Magician’s Apprentice. The fact that Apprentice works as both a simple character-based tale and a byzantine jigsaw that slowly assembles itself over the course of the episode is a testament to how assured this opener is; it’s confident enough to trust the audience to join the dots, but it’s savvy enough to ensure that the ornateness never distracts from the entirely simple core of the episode.

It’s an episode that feels different to what came before. The Magician’s Apprentice is ultimately a gritty and sombre episode that feels like a natural extension of the more adult tone that Series 8 intermittently succeeded to implement. A great deal of the episode is deeply foreboding, coloured by despair and fear – it’s a cliche to say it, but this episode really does feel like a season finale in how it instantly establishes the huge, yet personal stakes of the story and underlines just how grave the situation is. That’s not to say it’s leaden or pompous – Michelle Gomez’s Missy is a bonkers delight, and there’s a centrepiece, comedic scene that feels like something only Doctor Who could ever pull off, anchored by Peter Capaldi’s considerable comedic talents – but The Magician’s Apprentice is certainly grittier than recent episodes, which feels like a long overdue deliverance on the promises made last time around.

It’s a flawed episode, and one I’m sure will divide the fandom as per usual. The episode begins, and ends in a focused and compelling manner, but as it drifts from the central concept midway through the built-up tension does begin to slacken just a little, with a scene halfway through the episode that could have done with losing a minute to tighten up the episode’s pace just a little. It juggles a lot of different plates, and there’s certainly a few moments during the second act where it takes its eye off the ball – but The Magician’s Apprentice manages to impressively right itself in time for the final ten minutes.

To even remotely begin to describe it would ruin the experience, but it’s safe to say that the conclusion of this episode is quite something. If you were looking forward to the big comeback of cliffhangers that’s been promised for Series 9, then you’ll certainly be satisfied. Satisfied, and most likely stunned…

The Magician’s Apprentice is quite an achievement, and the only real concern here is that it’s, of course, half a story, where its true merit can only be confirmed when the second part airs. But on its own, this is a propulsive, thrilling and shocking series opener that left this reviewer open-mouthed at several points. It might not be the most perfectly assembled episode, but The Magician’s Apprentice is a thoroughly gripping way to start a season that’s, based on this episode, set to be entirely different to anything that’s come before.