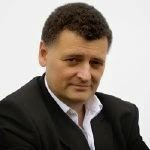 In an interview in this month’s issue of Doctor Who Magazine (#484), the showrunner explained what prompted this direction for the new series:

“We’re changing the rhythm of [the show] quite a bit. For a long while, those 45-minute stories were the backbone of Doctor Who. They felt new and fresh and different. It just started to feel to me, that as a member of the audience, you were getting too acquainted with the rhythm of it. You sort of think, ‘Well, now it’s about time for the music to come up.’

“Writing the first two-parter that I had done in years [with Dark Water/Death in Heaven] I just thought, ‘I’m liking this. This feels more unpredictable.’ Because you don’t know how far you’re going to get through the story…”

Talking about how the format change will work in the forthcoming series, Moffat said:

“The rule I’ve got is that you won’t be absolutely certain whether a show is going to be a two-parter or not. And sometimes something that looks like it’s going to be a single, isn’t a single. I think the nice thing is not having the feeling of, ‘It’s five minutes until the end of Doctor Who, so he’s bound to start running now.’

“With each of the two-parters we’re doing, there’s a substantial difference between the two halves.”

Moffat’s opening two episodes of Series 9, The Magician’s Apprentice and The Witch’s Familiar – for which filming recently took place in Spain –  have already been confirmed as a two-part story. Moffat also revealed last month that writer Toby Whithouse’s two episodes, the first to have been filmed for the upcoming series, would form a ‘brilliantly creepy two-parter‘.

Series 9 of Doctor Who is currently filming and is due to air on BBC One later this year.