Production on series 8 of Doctor Who is now official, with the first photo of new Doctor (we’ve given up numbering them) Peter Capaldi with Jenna Coleman: 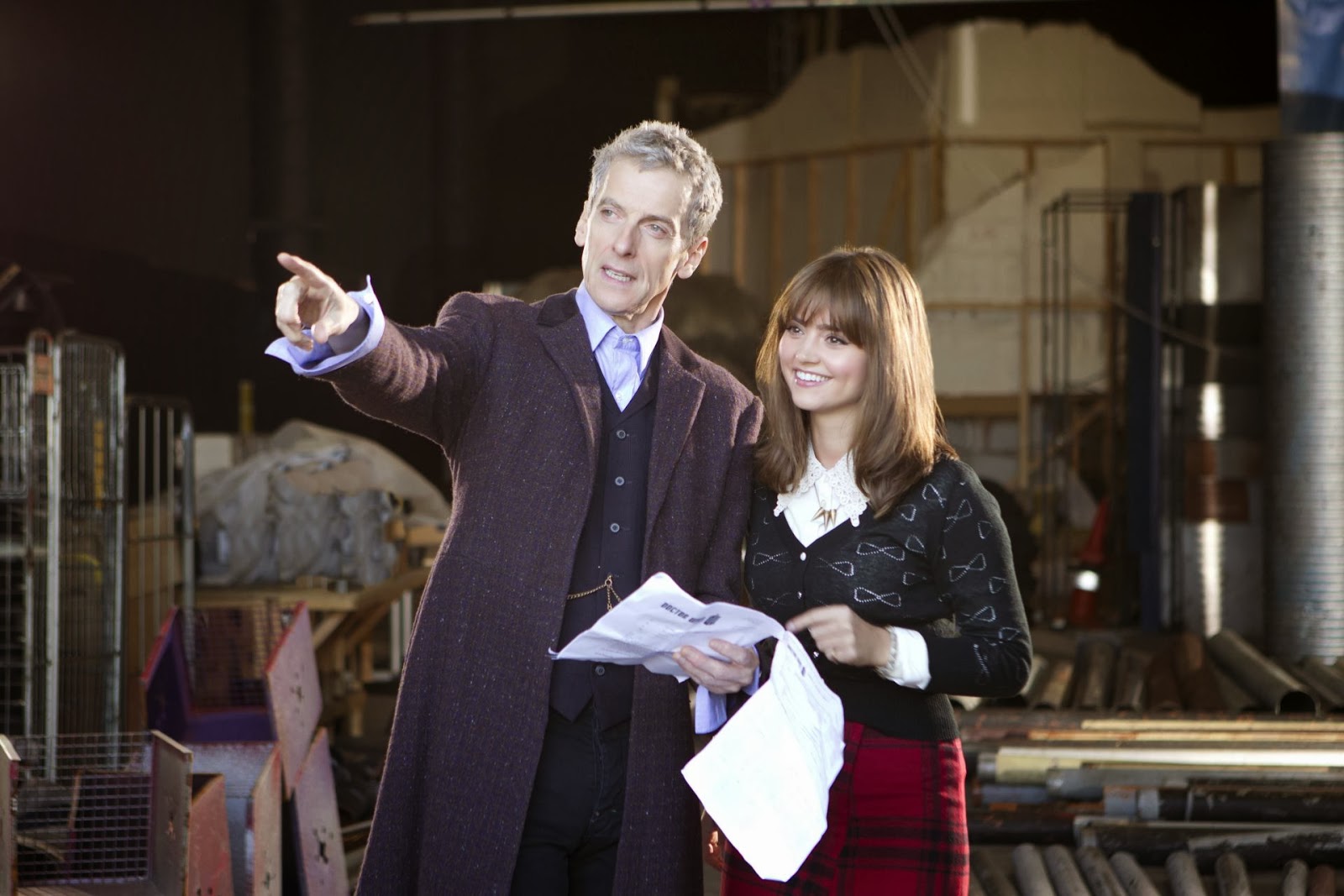 The team have been filming both at Roath Lock studios and on location in Cardiff.
Arriving on set, Peter Capaldi said:

New job, first day, slightly nervous. Just like the Doctor, I’m emerging from the TARDIS into a whole other world.

First the eyebrows! Then, at Christmas, the face! Coming soon, the whole Doctor. In the Cardiff studios, the Capaldi era begins.

Excitement and anticipation fills the air as Peter Capaldi’s Doctor takes control of the TARDIS for the very first time today. It’s going to be one hell of a ride and I can’t wait for the journey to start.

A new year, a new face, a new Doctor! 2014 has arrived and it’s Peter Capaldi’s time so let the adventures begin!

The BBC have also released some information about the first few episodes. The first episode has been written by Steven Moffat and is being directed by Ben Wheatley. Although new to Doctor Who, his previous works with the BBC include The Wrong Door and Ideal. Wheatley will also direct episode two, which has been written by Phil Ford who has written for Doctor Who previously (The Waters of Mars) as well as for Torchwood and The Sarah Jane Adventures.

Other members of the production team include Brian Minchin as co-executive producer (with Moffat), Nikki Wilson and Peter Bennett.

Filming is expected to continue until August 2014.

Filming also took place at the Maltings in Cardiff earlier this morning. Fans may recognise the location from episodes such as Gridlock, A Good Man Goes to War and The Next Doctor. This time it’s being used as a wharf. 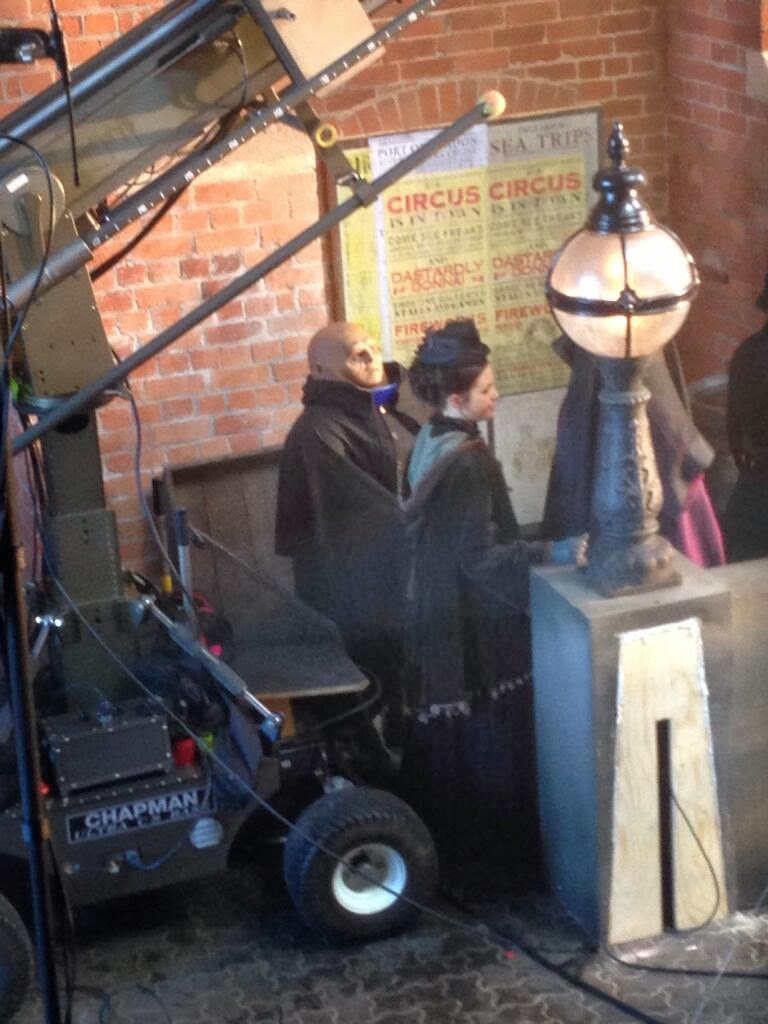