As Doctor Who’s 50th Anniversary draws ever nearer, excitement is reaching fever pitch. For fans who simply cannot get enough of the Doctor, Google have hidden a new Easter Egg in their Maps feature. By following this link to Earl’s Court Road and clicking the double white lines in front of the police box lurking inconspicuously on the side of the road, fans are transported inside the TARDIS.

The interior is modelled on the most recent console room first seen in ‘The Snowmen’, but currently doesn’t expand further into the TARDIS. However, every intricate detail is available for examination, and there can be no doubt fans will be delighted by the opportunity to take a closer look at the TARDIS and see it on the streets of London, even if only within the confines of Google Maps. 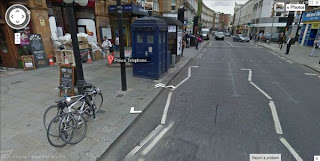 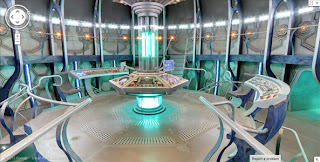