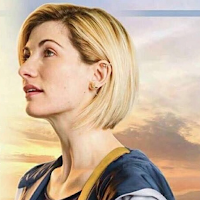 On sale later this week, the latest issue of Doctor Who Magazine features an interview with Jodie Whittaker, during which she talks about keeping her Yorkshire accent and why the decision was quite so important.

“All the Doctors’ voices have been different. They had several dialects and I knew there was no rule where you had to talk in a certain way. My hearing was with my accent and at no time did anyone tell me to do it differently. In fact they said, ‘Use your voice.’

“In a strange way I do not even know if this was a decision … I think it happened before I was even chosen!”