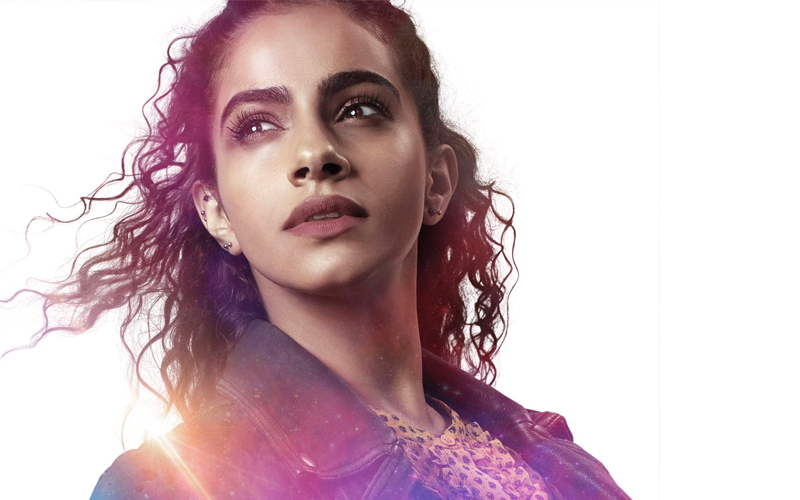 With Spyfall kicking off Series 12 today, the BBC have released new interviews with the cast and crew discussing the new series. In this interview, Mandip Gill talks about developing Yaz, facing the Cybermen and her running technique.

How does it feel to be going into your second year?

It feels really exciting! It feels like we’re part of something and we’ve found our feet. People started this way before we got here, it’s not our baby, but we’re part of this massive family. I think in the first year you’re trying to prove something. You’re trying to prove that you are part of it, whereas now, we know how it works. It’s bigger than before – you do it and you think how is it going to be bigger next year? But Chris has gone further and it feels like we’ve taken ownership of it now. Now it’s like we are a four, we know what we’re doing in the TARDIS, we know what parts we all play.

How are things going to be different for Yaz this year?

For Yaz, she’s a little more grounded, I don’t think she needs The Doctor’s attention as much. She’s still really influenced by her and infatuated with her in loads of ways, but she’s found herself, she knows what to do, she’s not so scared of taking the lead. I also think she’s more excited than ever. She goes back to speak with her family and we find out a lot about Yaz’s past, and why she is the way she is and why she became a police officer, why she’s so into this journey with these people she never knew. I think for me as an actress it was really great to touch on as it gave her some sort of foundation, an explanation as to her behaviour, and why she’s so into everything and wants to go on all these journeys.

Yaz seems to really take things in her stride, are we going to see more of that this year?

Yeah definitely! Last year we really needed The Doctor, we didn’t really know what was going on. Yaz needed reassurance; she needed to be told it was okay, it was safe. She was at the forefront of going, but she also needed someone to say this is what we need to do. This time I think The Doctor needs her friends more than she needed them before. She knows where their strengths lie and what they can give to her in certain situations – but Yaz doesn’t need reassurance as much. She still believes in The Doctor but she believes in herself now too.

Are we going to see a change in dynamic between The Doctor and Yaz?

Yes and I think with The Doctor and the gang in general. There are times when we are taken aback a bit by her. There are also times when she doesn’t explain herself and we get a bit confident and we’re like: “You never tell us about your past life, you’re asking us all these questions, you never talk about yourself or why you’re upset, or this particular monster”. So I think there’s a shift both ways – I think we’ve got more confident, we’re able to push her in certain instances and she’s allowed to snap back. If she had done that in Series 11, it would have been like: “Who’s this random person shouting at us?”

There wasn’t a highlight, it was all so exciting. It was a completely new journey, it was new people, and we had so much fun. Brad is so funny on set. We were finding out about each other and our real lives, doing the most amazing scenes, there was such a buzz around last year, with the new Doctor, a new series. You’ve come into something you’re not used to – I’ve been on shows where the buzz has been going on for years but there’s something completely different about being in Doctor Who, people are just as excited as you are.

Now it’s completely different, we’re getting dolls made of ourselves, you see yourself on calendars, and it’s played in so many countries. Series 11 was massive. The same for Series 12 as well, you have a couple months break and then you’re like I don’t really know myself now without Doctor Who. That’s been my life since 2017, when you’re not filming you’re still talking about it, you’re still part of it.

We did a two-parter at the beginning of Series 12, and there’s amazing actors in it, Stephen Fry, Lenny Henry, there are some amazing characters that come up and we went back to South Africa where it all started. I think the highlight was not being in England when it was winter. [laughs]

Let’s talk monsters; we hear there are some terrifying ones this series, what can you tell us about them?

We can talk about the Judoon – they are really impressive. The detail and prosthetics! Not very often do we get to see the actual monsters but these ones are there. The animatronics as well, they move but then there’s a guy that says the line completely in character from the side.

We’ve got some really scary monsters, there’s one particular monster I think is really scary, and the guy playing him is amazing. He doesn’t even need to act, you’re in the dark, it’s wet, it’s cold and it’s really scary!

Is it strange when you see people in prosthetics?

You don’t see the actor very often without the prosthetics because their call time is so much earlier than yours so they have to sit in it for ages. Some bits may get removed that they can easily put back on but they’re sat there for hours and hours just with monster teeth while we’re all talking. The weird thing is when I see their regular headshots in the makeup department.

Personally, what does Doctor Who mean to you?

I find it really inclusive; I’ve found it’s opened me up to a genre I probably would never have watched. My brother and nephews watch Doctor Who and I knew what it was, but it was a bit like: “Is this too clever for me?” I didn’t understand science and unless I knew about the history, I thought this is not for me. But actually being a part of it, I realised a lot of it is actually explained. You learn so much, so if I would’ve stopped and looked at the genre, I would’ve learned something!

How would you describe Series 12 in three words?

You highlight your running technique, have you put in more effort this year?

[Laughs] I’ve watched myself back a few times. This is a really bizarre one, I am dreading watching myself run in the first two-parters because I’d obviously eaten a lot over Christmas… I think I’m going to do what I did in Series 11, where you see it, you work on it throughout the shoot and by the end of the episode we’ve improved!