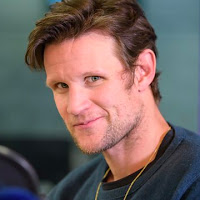 During the show, Matt Smith revealed: “I’d never seen an episode [of Doctor Who]. Not one. Not one episode in my whole life.” But after he read the script he thought, “this is brilliant”.

Smith said found the audition “amazing and illicit” as it was kept top secret and held in a Travelodge in South London. When asked during the audition what his favourite episode was, he replied honestly: “Look, Doctor Who’s on at seven o’clock on a Saturday night. I’m in a boozer then.”

Before he was given the part, Smith was invited to a meal at showrunner Steven Moffat’s house and during the visit, somebody showed him a plate with David Tennant’s face on and said, “just so you know, this is what it’s like.”

Smith admitted that he did have a “wobble” before taking on the role. “I was like, ‘I don’t think I’m going to do it’. My agent said, ‘You’re going to do it.’”

While his lack of knowledge of the show and pre-casting nerves may already be well known and predictable, Smith did reveal something rather odd about his method of learning lines. “I learn [lines] rhythmically. I would literally rap them.”

When asked about the pressures of being a leading man, he admitted “I wasn’t one.” and during the second episode, he was told “You’ve got to lead this show, when someone comes in you’re the front point.” This advice encouraged him to make a point of welcoming actors who were appearing on the show.

Smith was also very positive about the Doctor Who fandom and his permanent status as the Doctor “They’re a good bunch. Once you’re in, you’re in.”

On convetions he added, “You do have a minder, but the thing is about Doctor Who fans is that it’s such a nice transaction – and people often say to me ‘Isn’t it a bit mercenary’ and I’m like no, because… that moment where they meet someone that they love is quite an incredible thing.” He compared the experience to meeting footballers that he loves and said this is what inspires him to “give people that moment”.

Although he also noted the stranger side of fandoms. Whilst talking about about fan tattoos, he mentioned one particularly memorable one he’d seen on an “inner thigh” with his Doctor and David Tennant’s Doctor on each thigh. When asked how he responds to things like this, he laughed and said, “I’ll be honest, I said ‘what on earth does your boyfriend think?’ And he was there and he was smiling away.”

Finally, Smith also spoke about Jodie Whittaker’s casting, saying: “The show relies on big, broad, creative brushstrokes when it’s controversial it’s alive. It’s brilliant, it’s high time and she’ll be sensational because she has real humanity and she is funny.”

You can hear the full episode of Matt Smith’s Desert Island Discs on the BBC website here.