Live on the BBC worldwide tonight, Peter Capaldi has just been announced as the Twelfth Doctor. The 55 year old Scot was introduced in front of a live studio audience as the latest actor to take on the iconic role of the Doctor, and as a lifelong fan of the show he was very clearly thrilled to finally be announced and not have to keep the biggest secret in showbiz any longer.

Capaldi is a familiar face to Doctor Who fans, having played Caecilius in The Fires of Pompeii and John Frobisher in Torchwood: Children of Earth, and his casting marks a shift towards the older Doctors favoured by the classic series. Though it had been heavily rumoured since a late surge of bets on him this week made him the odds-on favourite, the casting was kept a secret by the BBC right up until tonight’s live reveal.

Capaldi spoke to host Zoe Ball about the moment he found out he was to be the next Doctor.

“I had my phone on silent so I missed the call! It was my dear agent so I rang her up and said “It’s me,” and she said, “Hello Doctor!” and I started to laugh and I haven’t stopped laughing since.”

When asked if he had a message for the fans, this is what he had to say.

“I think Doctor Who is an extraordinary show and the thing that strikes me about it is it’s still  here after all this time, and the reason it’s still here is because of the work of all the writers, and the directors and the producers who worked on the show…but the real reason, the big reason that Doctor Who is still with us is because of every single viewer who ever turned on to watch this show at any age, at any time in its history and their history, because Doctor Who belongs to all of us. Everyone makes Doctor Who.”

Capaldi’s first onscreen appearance will be in the 2013
Christmas special, when Matt Smith will depart the role he has held since 2008
and regenerate into the Twelfth Doctor. On tonight’s show, Smith told Capaldi in a special pre-recorded message;

We here at The Gallifrey Times wish Peter all the best in this iconic role, and we can’t wait to see what Christmas will bring. Good luck, Peter, and welcome to the show! 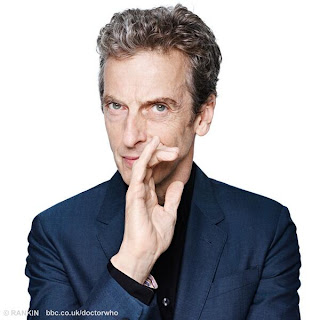 Posted in News and tagged Doctor Who Live: The Next Doctor, Peter Capaldi, Twelfth Doctor