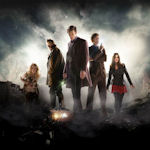 With eight months to go until Doctor Who Series 9, here at The Gallifrey Times, like last year’s World Cup, we’ll be holding a special series of polls to fill some of the Who-free months of the year: Doctor Who All-Stars!

Over the next couple of months, we’ll be looking for what you, the TGT voters think is the greatest actor/actress in Doctor Who post-2005. Here’s how it works: we start off with four qualifying rounds, each representing a modern Doctor and supporting actors from that era (each qualifier will have eight actors). Half of the actors from each qualifier will progress, and half will be eliminated.

After the initial 32 have been whittled down to 16, it’s a set of head-to-head polls until the final two actors face off for the title in the final! All of this will be starting next Saturday (10th January) with the Ninth Doctor’s qualifier. A new poll will follow each Saturday until the winner is crowned in March.

We look forward to seeing you there!

Posted in News and tagged All Stars, Poll, Site News