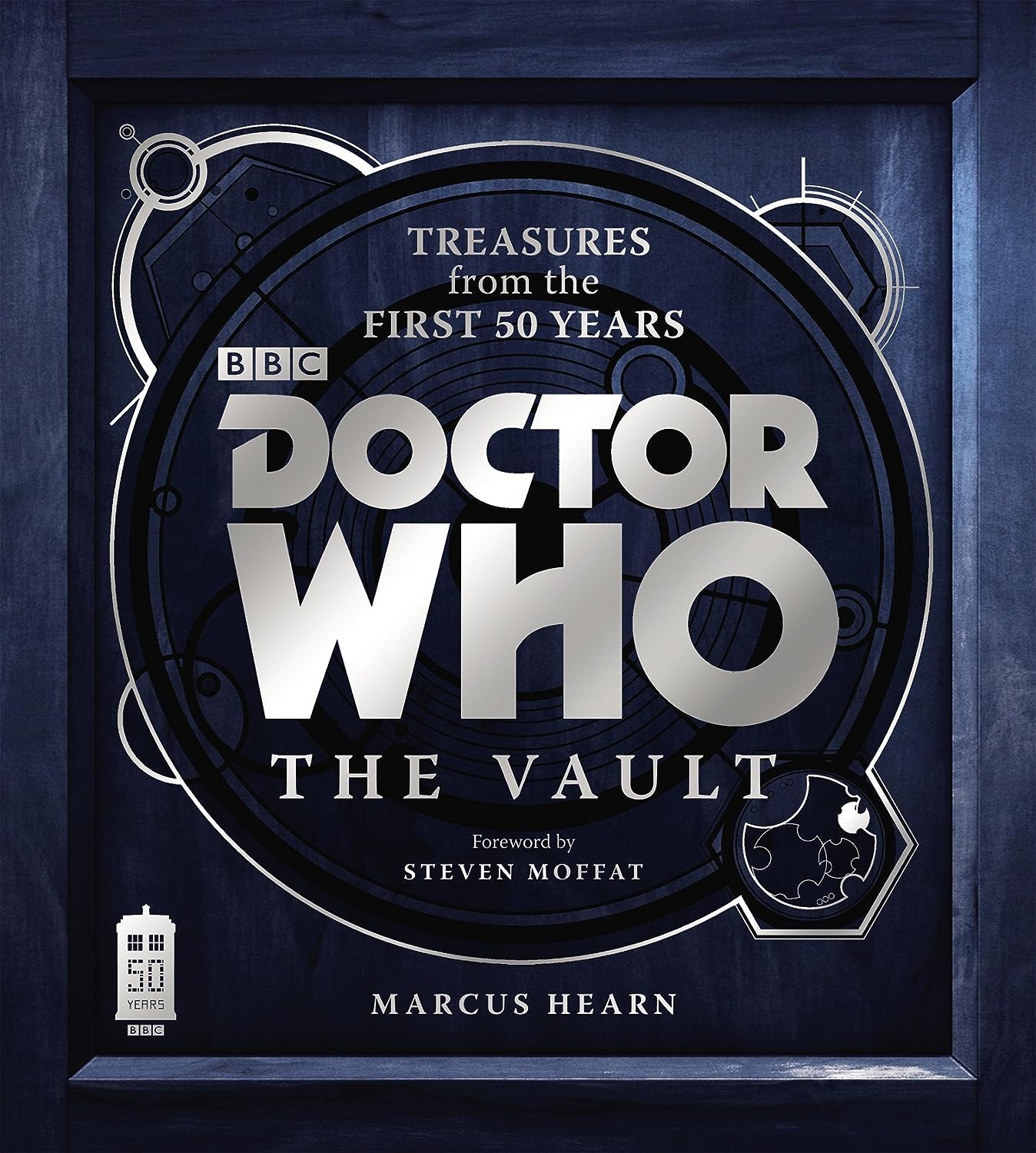 
Drawing on unseen and iconic material from the BBC archive and private collectors, The Vault is an unforgettable journey through 50 years of Doctor Who, via carefully selected photographs, props, costumes designs, production memos, letters, scripts and more.


This is the full and official story of Doctor Who, from the first pre-production memos in 1963 to the most recent props created for the 2013 series, including interviews with key contributors and scores of prop photos, design sketches and behind the scenes stills from every decade of the show’s production. Taking you year by year through the world’s longest running science fiction series, Marcus Hearn explores the show’s groundbreaking innovations as well as its impact on popular culture through books and comics, magazines and toys, merchandise and ephemera.


The Vault is a collector’s dream and the ultimate celebration of Doctor Who.

Reviewed by Tom for The Gallifrey Times

If I could sum up this book in one word, it would be wow. This book, written by Marcus Hearn, is so beautiful in every way.

Being released to celebrate Doctor Who’s 50th Anniversary, this gorgeous hardback book is a timeline of the shows history providing photographs, costume designs, production memos, letters, scripts and merchandise sourced from both the BBC Archives and private collectors. Also, for every series of the show, there are episode guides that show who the producers were, who the writers were and when the episode was filmed and broadcast.

The foreword is by Steven Moffat which is a nice touch because Moffat is of course the current executive producer of the show. Each page of the 300 page book has been brilliantly designed with a title page for each year with a nice introduction to the show in that year and a full page sized image.

I won’t go through every year as it would take too long. Instead I’ll look at 1963 and 2013, the start and the end of the book’s timeline, and explain what’s included in them years. The book kicks off in 1963, when Doctor Who was first created. The first few pages show how Doctor Who really started, with images of postcards that were used to promote the show, production letters and early scripts. The text explains, in detail, how Doctor Who came to be. Over the next few pages we get to see how the press reacted to the creation of Doctor Who and even internal telegrams between production staff. It gives us such an amazing insight to what was happening behind the scenes when the show was launched.

Now let’s travel 50 years to 2013! This year includes a section called Bigger On The Inside. In these few pages we learn more about the TARDIS and its status and origin in great detail. Images on these pages include the portrait that The Doctor drew of Clara in The Bells Of Saint John, an image of the Cold War Character Options playset, the telegram sent to Strax and the letter sent by Vastra to Clara, summoning them to a ‘conference call’ in The Name Of The Doctor. On the final page, there’s images of the special Doctor Who Royal Mail stamps that were issued on the 26th March this year.

All in all, The Vault is an absolutely fantastic book and I would recommend it to any Doctor Who fan for the 50th Anniversary. I’ll be honest and say it’s one of the best Doctor Who non-fiction books I’ve ever read. It gives such an insight to what happens behind the scenes of the show and includes never seen before letters, telegrams, scripts, designs and so much more! It’s brilliant and has an RRP of £30 and is released on 24th October 2013.

The Gallifrey Times Rating: 10/10
Thanks to BBC Books for providing this book for review.